The menu of sinister treats and gory delights kicks off on the Thursday night with a live streamed quiz, hosted by Mike Muncer, host and producer of 'Evolution of Horror' - the UK's #1 horror movie podcast. Mike will be putting your horror knowledge to the test. You can play as a team or as an individual. There will be several different rounds of horror and FrightFest-centric questions. Join in the fun at 8pm on the Evolution of Horror YouTube Channel.

This is followed by the jawsome curtain-raising UK premiere of Sky Sharks, years in the epic making, the Nazi zombie piloted killer sharks are finally airborne!

Then there's the UK premiere of Dark Place, a ground-breaking Australian anthology feature telling a quintet of indigenous tales with indigenous casts. Canada is represented by the world premiere of the graphic, no-holds barred internet chiller Don't Click, starring Valter Skarsgard and then it's back to the US for the UK premiere of mind-bending The Honeymoon Phase, a tense Fatal Attraction meets Black Mirror sci-fi horror. 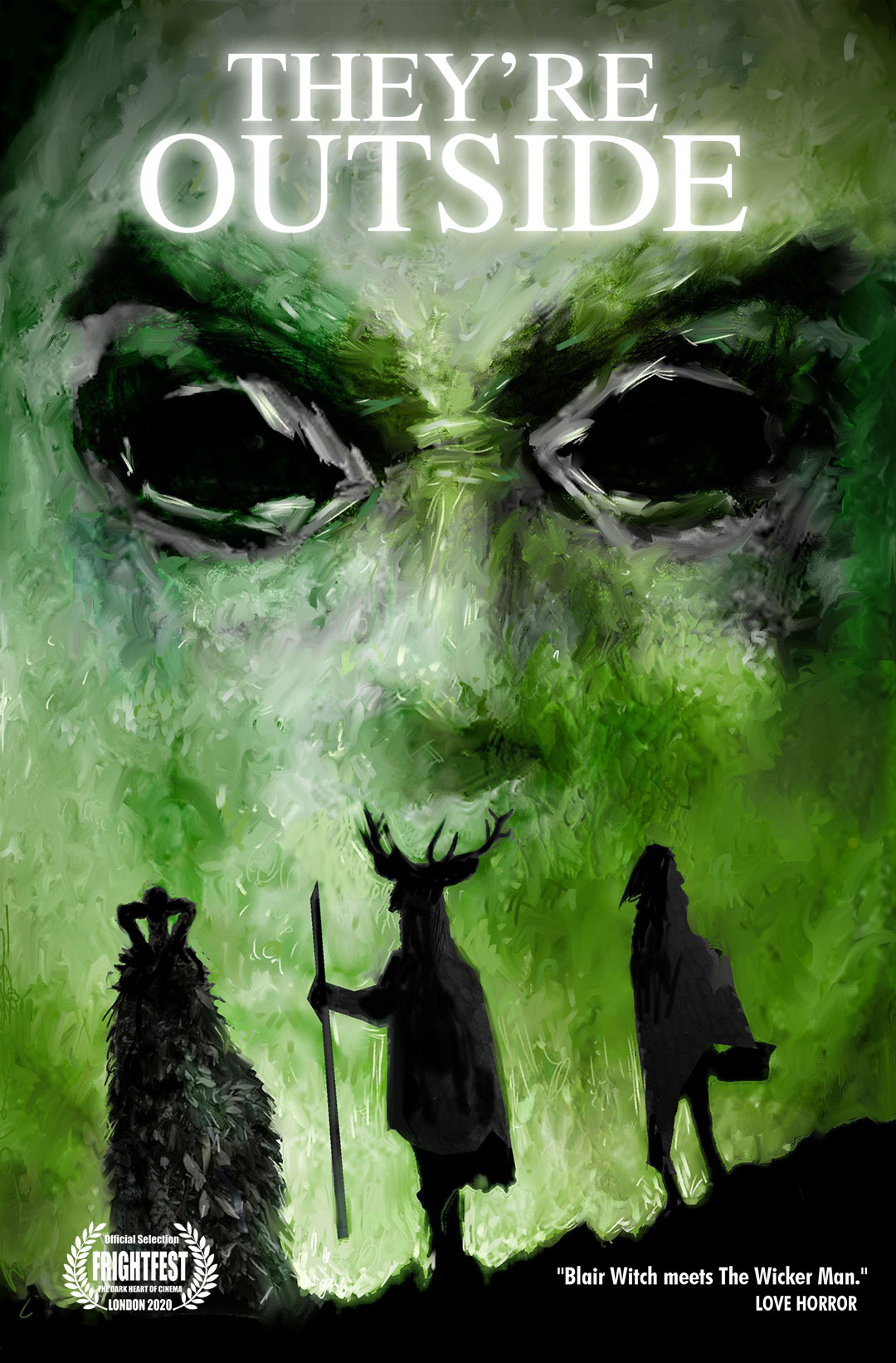 The UK is represented by two First Blood world premiere entries, supported by the festival's Broadcast sponsor Horror Channel. They're Outside is a highly original dark fairytale for adults, starring FrightFest favourites, Emily Booth and Nicholas Vince and Playhouse is a moody, haunted Scottish castle mystery from feature debut directors Toby and Fionn Watts. Look out for interviews with the directors from these movies coming soon.

Stewart Bridle, Horror Channel Manager, commentated: "We're excited to continue our long-running partnership with FrightFest in 2020. This year's digital edition is a proof that even these challenging times can't keep a great festival down. We're also especially proud to directly support 'First Blood', their important showcase of first-time feature directors - we can't wait for you to see this year's dark debuts. The future of genre film starts here".

Horror Channel will continue to sponsor the strand through to the end of the year, culminating in an award to be presented at the planned October event.

Sunday sees carnage, cannibalism and contagion spread through the day's line-up. The brilliant Two Heads Creek is a cannibal comedy from Jesse O'Brien, executed in the best old school Ozploitation tradition, and there's more exploitation from the director of Discopath, in his mad slasher riff Aquaslash. Even more blood is spilled as a slaughter spree of mystically epic proportions has to be solved in Armando Fonseca's Skull: The Mask and Evil Dead fans are served a treat with the international premiere of Steve Villeneuve's documentary Hail To The Deadites, which explores the classic franchise's undying and ever-growing popularity. 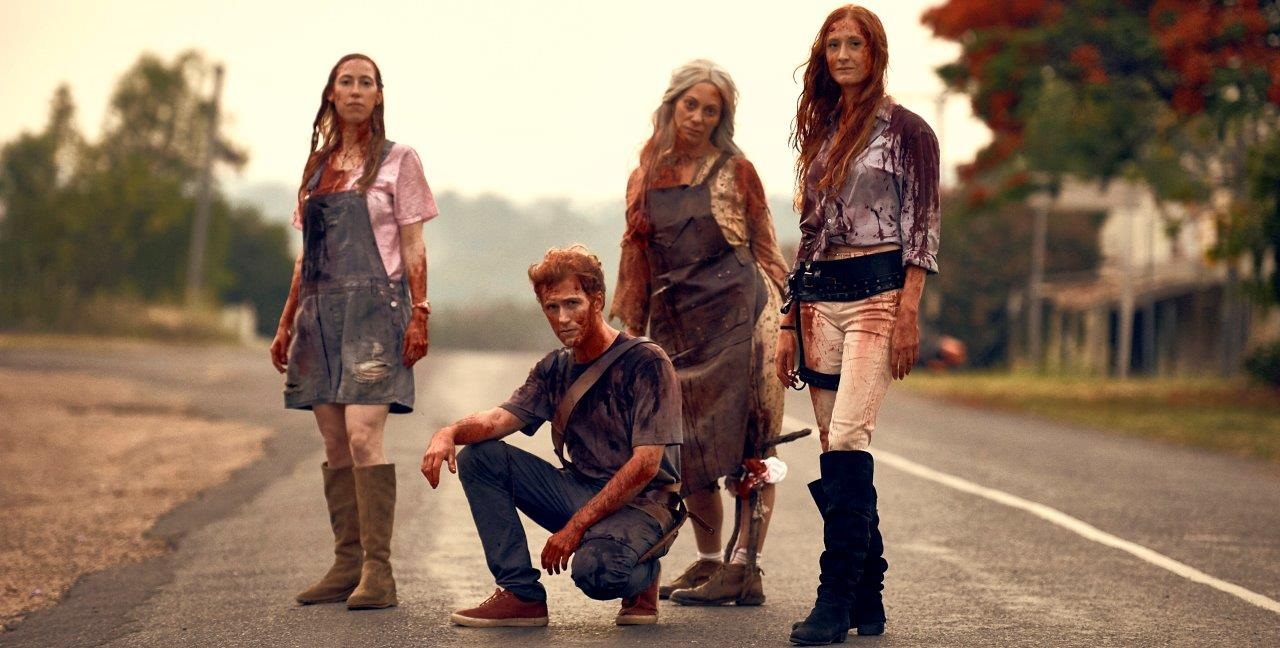 How to escape an insidious virus is the challenge for two women in the world premiere of Francesco Giannini's Hall and continuing on current themes, there is a special live panel - Horror In Lockdown. Hosted by Rosie Fletcher, UK Editor of Den Of Geek. the panel of special guests from the industry will discuss how the horror genre has been affected by the global pandemic. What does the shape of horror look like now we're all actually living in a real life horror film? How are the stories we want to hear affected by our changed world? And what might the genre look like on the other side? The panel will run live for 90 minutes, with a chance for viewers to ask questions at the end.

An equally challenging task for filmmakers is how to make an indie movie and Clapboard Jungle: Surviving The Independent Film Business is a fascinating insight into the life and career of independent filmmaker Justin McConnell (Lifechanger) as he documents the struggles of the low-budget film industry. Finally, for those who missed the FrightFest Glasgow 2019 breakout hit A Ghost Waits, here's a chance to see the ghostly romance in a new cut.

FrightFest climaxes on Monday in breathless, fast-paced, tradition with five UK premieres. There's the grisly, hard-boiled honour killer thriller, AV: The Hunt and writer/director Dean Kapsalis' stunning feature debut The Swerve, a shimmering American take on Michael Haneke-style torment. Then we have five tales of gripping terror in Dark Stories, a fantastic anthology from France, a savagely manipulative indictment of the internet courtesy of Tyler Savage's Blinders and mutant sci-fi thrills in the X-Men tradition in Enhanced. And the headline sponsor, Arrow Video will present one of their popular podcasts with illustrious co-hosts - filmmaker and journalist Sam Ashurst and SFX guru Dan Martin.

The Short Film Showcases are back and will be available to watch on demand, and, of course, FrightFest wouldn't be the same without some sneak previews and tantalising trailers. Plus they'll be plenty of guests popping up to introduce their films and the FrightFest directors will be hosting some Q & A's. Watch out for further news announcements soon.

Festival co-director, Alan Jones, said today: "We will desperately miss seeing all of you in person this August Bank Holiday but are looking forward to our virtual connection where we can say hello to the best family in the world, the FrightFest community. And if you've never experienced a FrightFest before, and have always yearned to join in with the fear, fun and fabulousness now is your chance to find out what you've been missing for 21 years".

Horror Channel will be reporting as usual bringing you exclusive interviews and reviews from this hotly anticipated event.

For full programme details at the FrightFest site.