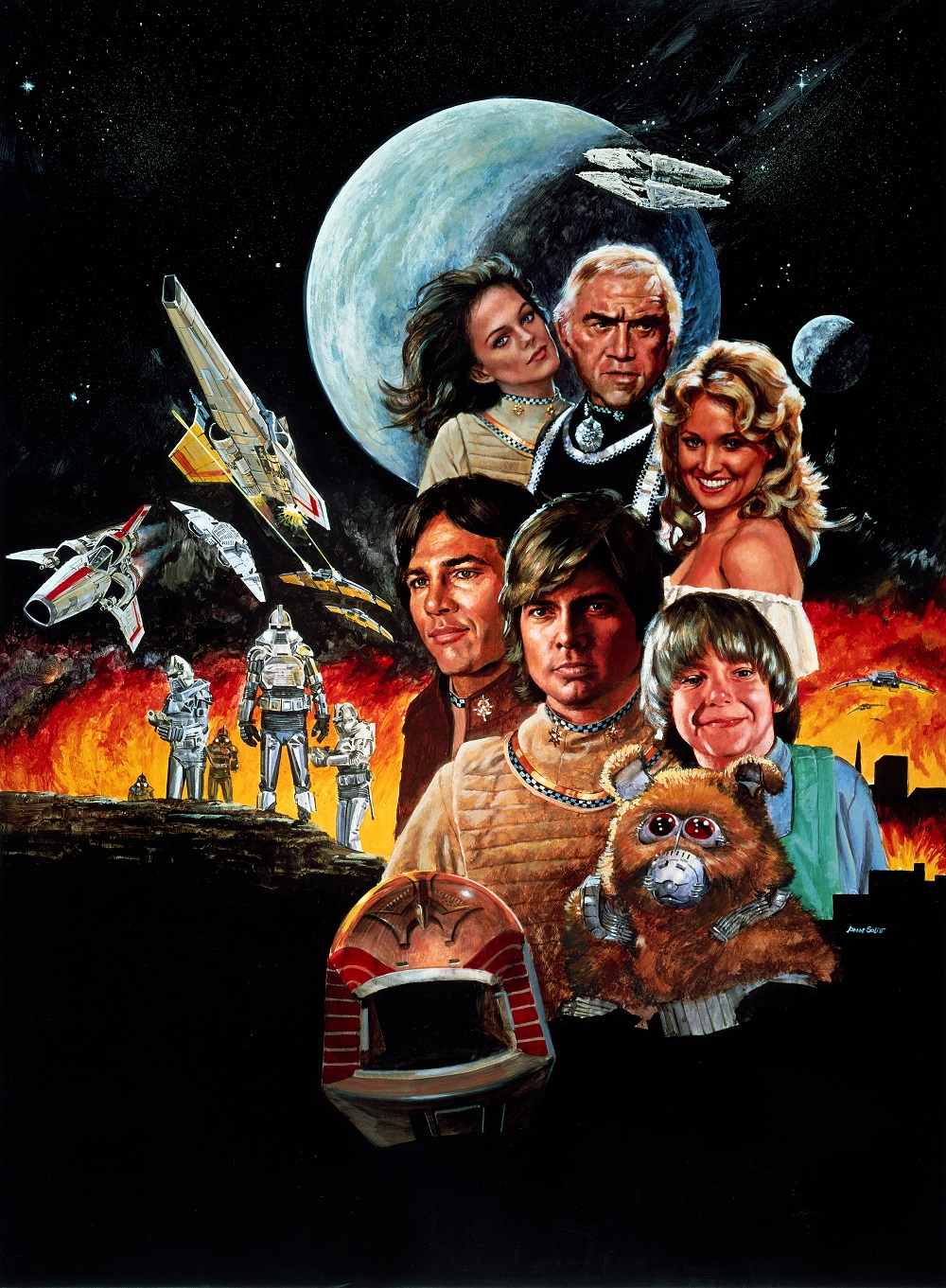 Battlestar Galactica is the much-loved Emmy-winning series which depicts epic futuristic battle between the last remaining population of humans and their evil robotic nemeses - the Cylons.

Unseen on TV for years it will make a triumphant return to our screens from March 24th on Horror. Here's a brief history of the cult classic.

Cast your minds back, if you can, to the late 1970s, Star Wars was still fresh in the minds of cinema goers and American TV was desperate to cash in and soon, blasting its way onto our screens was a brand-new space saga for us to follow, Battlestar Galactica. This was no Star Trek clone nor Doctor Who (which was beginning to look cheaper as it went along) knock-off, this was full-blown space opera stuff.

From the mind of Glen A. Larson, the man behind Alias Smith and Jones and Quincy MD, this lush looking serial had everything we wanted and more. There were space battles, cool robots, dashing heroes and heroines and an acting legend at the helm, Lorne Greene. It follows a basic premise centring on humanoids who have to battle an ever-increasing threat from lizard/robots who are destroying everything and every planet in their path. From here the people who are left need to band together and try and fight off this constant attack. Cue explosions, romance, lots of shots in quarries and shiny robots.