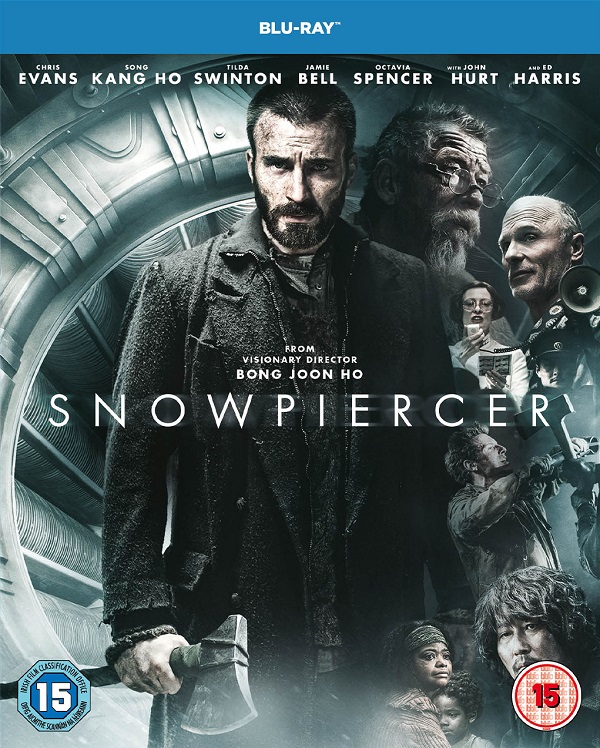 From the visionary mind behind 2020 Oscar-winner Parasite, Bong Joon-Ho's star-studded dystopian sci-fi thriller Snowpiercer is making its way to Blu-ray and DVD for the very first time in the UK.

Set in 2031, the entire planet is frozen and the world's only survivors live aboard the Snowpiercer: a train that's been hurtling around the globe for the past seventeen years. Within the carraiges the remnants of the human race have formed their own divisive economic and class system.

This is all set to change when Curtis (Chris Evans) leads a group of lower-class citizens, who live in squalor at the back of the train, on a fight to the front of the Snowpiercer to share the food and wealth equally among the inhabitants. Each section of the train holds new surprises for the rebel group as they battle their way from carraige to carriage. A revolution has begun...

Blu-ray special features Transperceniege: From the Blank Page to the Blank Screen Chris Evans and Tilda Swinton on Snowpiercer The Birth of Snowpiercer The End of the World, and the New Beginning (animated prologue) Characters