Time Lord Victorious will feature the Eighth, Ninth and Tenth Doctor characters, companion Rose Tyler and monsters including the Daleks and the Ood, with more to be revealed over the coming months as products are announced.

The Knight, The Fool and The Dead by Steve Cole will be published on 1st October and sees The Doctor travel back to the Dark Times, an era where life flourishes and death is barely known... Then come the Kotturuh - creatures who spread through the cosmos dispensing mortality. They judge each and every species and decree its allotted time to live. For the first time, living things know the fear of ending. And they will go to any lengths to escape this grim new spectre, death. The Doctor is an old hand at cheating death. Now, at last, he can stop it at source. He is coming for the Kotturuh, ready to change everything so that life wins from the start. Not just the last of the Time Lords. The Time Lord Victorious. 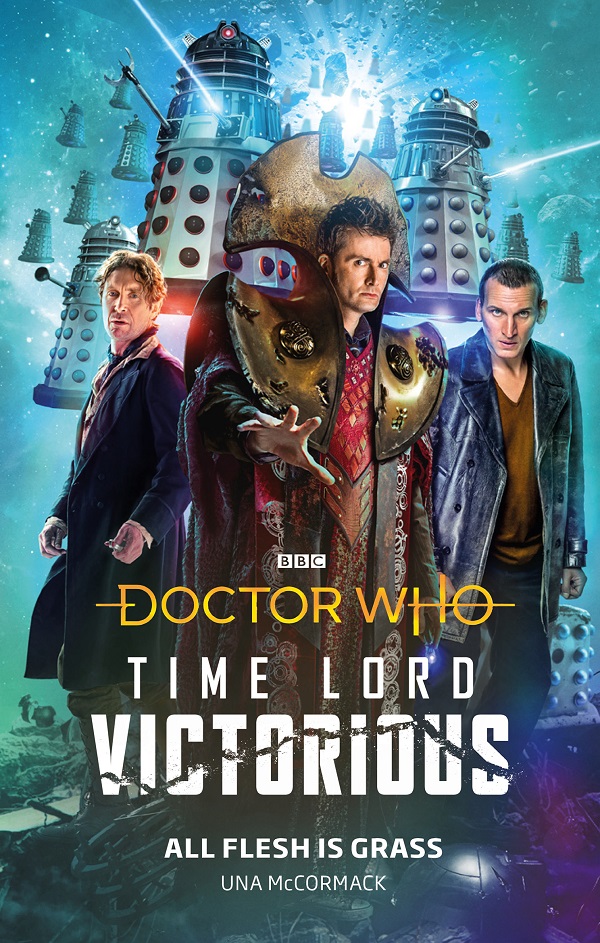 All Flesh Is Grass by Una McCormack will be available from 10th December and set in a wasteland. A dead world... No, there is a biodome rising from the ashes. Here, life teems and flourishes, with strange, lush plants and many-winged insects with bright carapaces - and one solitary sentient creature, who spends its days talking to the insects and tending this lonely garden. This is Inyit, the Last of the Kotturuh. The Tenth Doctor has sworn to stop the Kotturuh, ending death and bringing life to the universe. But his plan is unravelling - instead of bringing life, nothing has changed and all around him people are dying. Death is everywhere. Now he must confront his former selves - one in league with their greatest nemesis and the other manning a ship of the undead...

More news on this multi-platform series as we get.