Plus, the Brits sharpen their stakes with Tom Paton's nerve-shredding Redwood, a fresh spin on the creature-in-the-woods mythology, and Eat Locals in which actor Jason Flemying makes his directorial debut with a bloodsucking comedy chiller featuring Mackenzie Crook, Dexter Fletcher and Annette Crosbie.

Here's everything you need to know about the event for you to sink your teeth into: 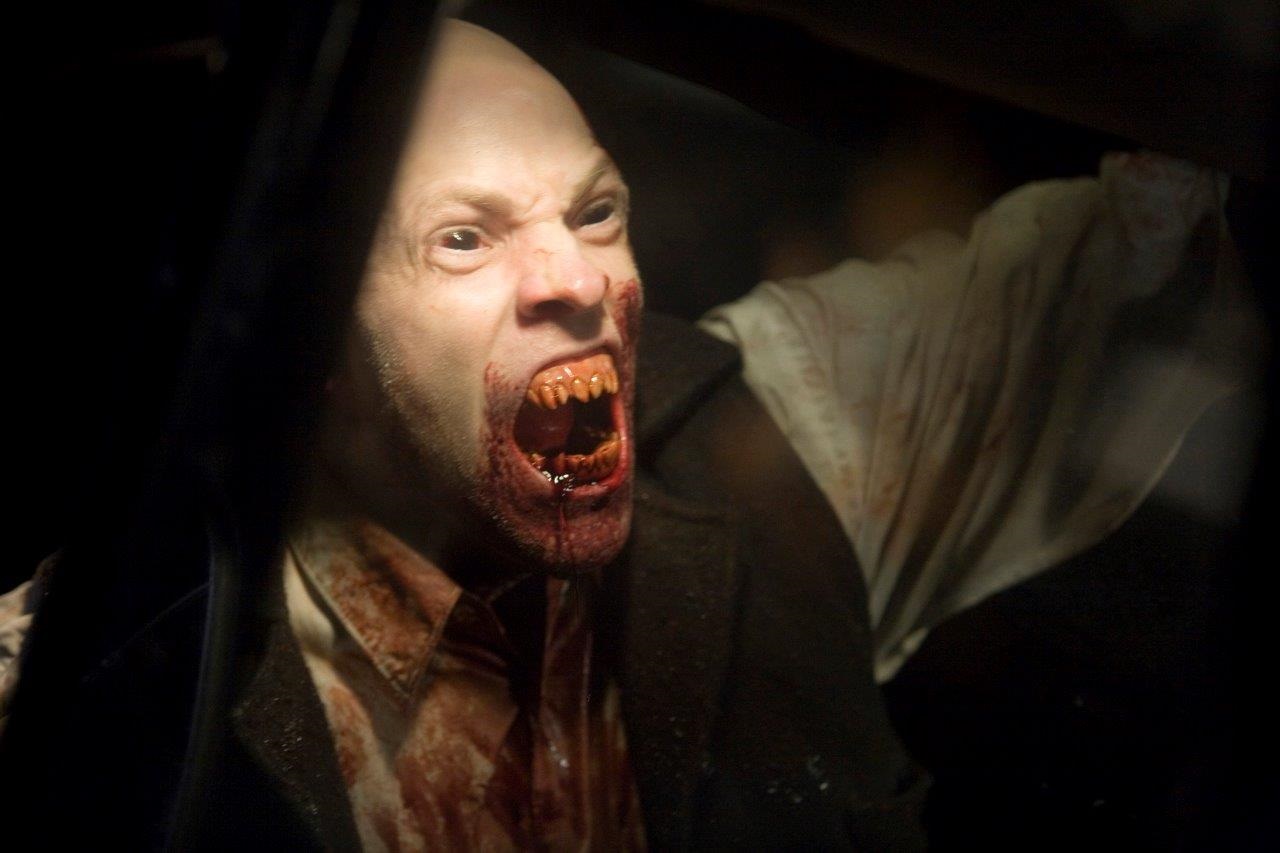 We open the coffin on the 13th with an action-packed chiller, Ultraviolet. In the late 21st century, a subculture of humans has been infected with a genetic mutation causing enhanced speed, incredible stamina and acute intelligence. As more people are infected, the government sets out to destroy them, but one woman stands in the way: ultra-beautiful, ultra-lethal Violet (Milla Jovovich). With eye-popping martial arts skills and chameleon-like abilities, Violet becomes a rogue warrior bent on protecting her new race and seeking revenge on those who created it. This is followed by the channel premiere of the raw chiller, 30 Days of Night. A remote, isolated town in Alaska is plunged into a state of complete darkness for 30 days every winter. It is here that a group of marauding and bloodthirsty vampires, led by Marlow (Danny Huston), are coming to feast on its helpless residents. It is up to Sheriff Eben (Josh Hartnett),his estranged wife, Stella (Melissa George), and an ever-shrinking group of survivors to do anything and everything they can to last until daylight. 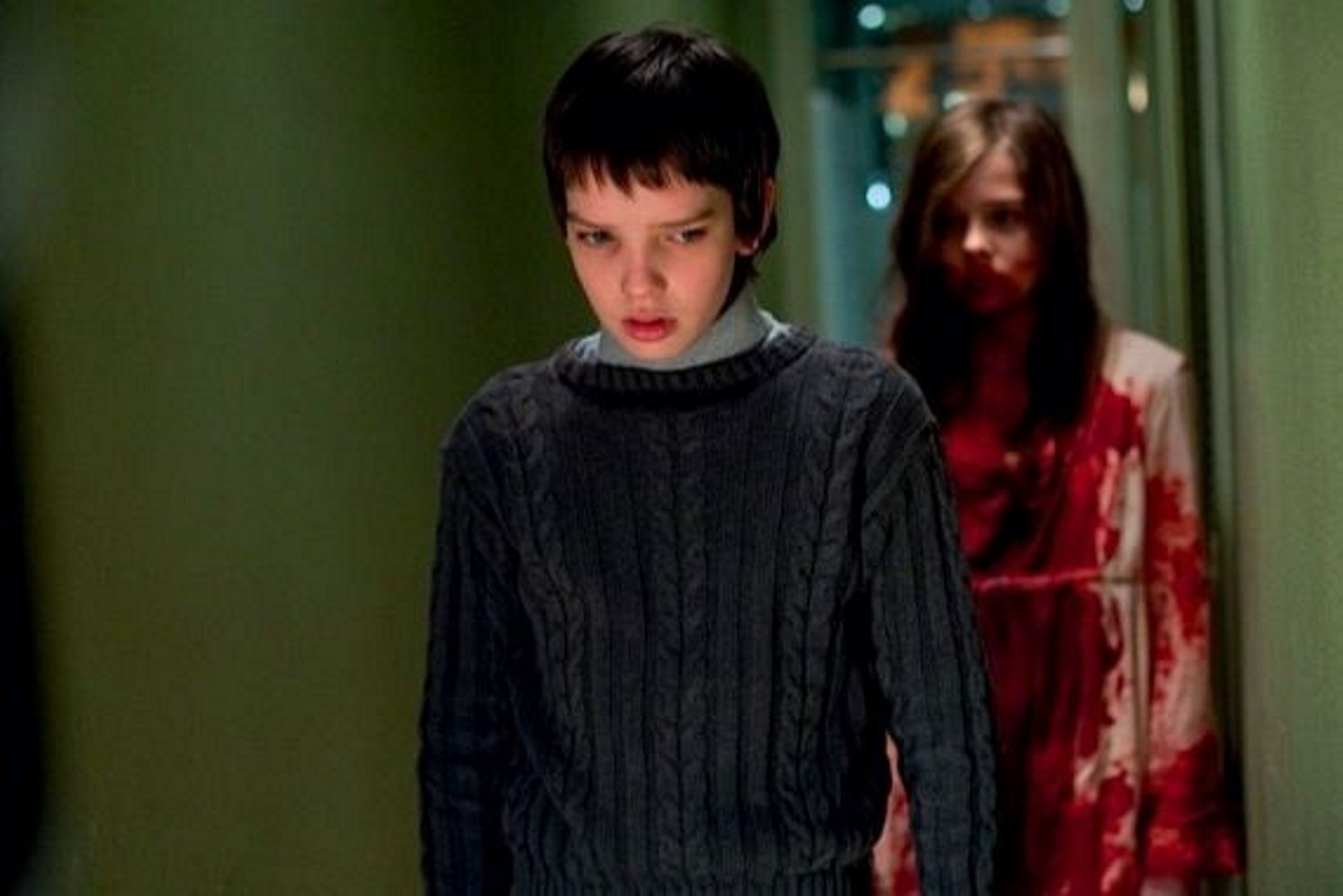 On the 14th a remake, Hammer style with Let Me In. When a strange young girl, Abby, moves in to the apartment next door, 12 year old Owen is pleased to have found a friend. But as a series of grisly murders take place in their small town, he starts to realise she is not what she seems... This is followed by another cracker from director Tom Patton, Redwood. After some bad news back at home, musician Josh and his girlfriend Beth head out to a secluded national park in search of some clarity on the situation they'll face when they return. But the couple get more than they bargained for when they ignore the advice of Park Rangers and venture off the trail, coming face to face with The Redwood's legendary wildlife. Starring Nicholas Brendon, Tatjana Nardone, Mike Beckingham, Muzz Khan, Jessica Jane Stafford. 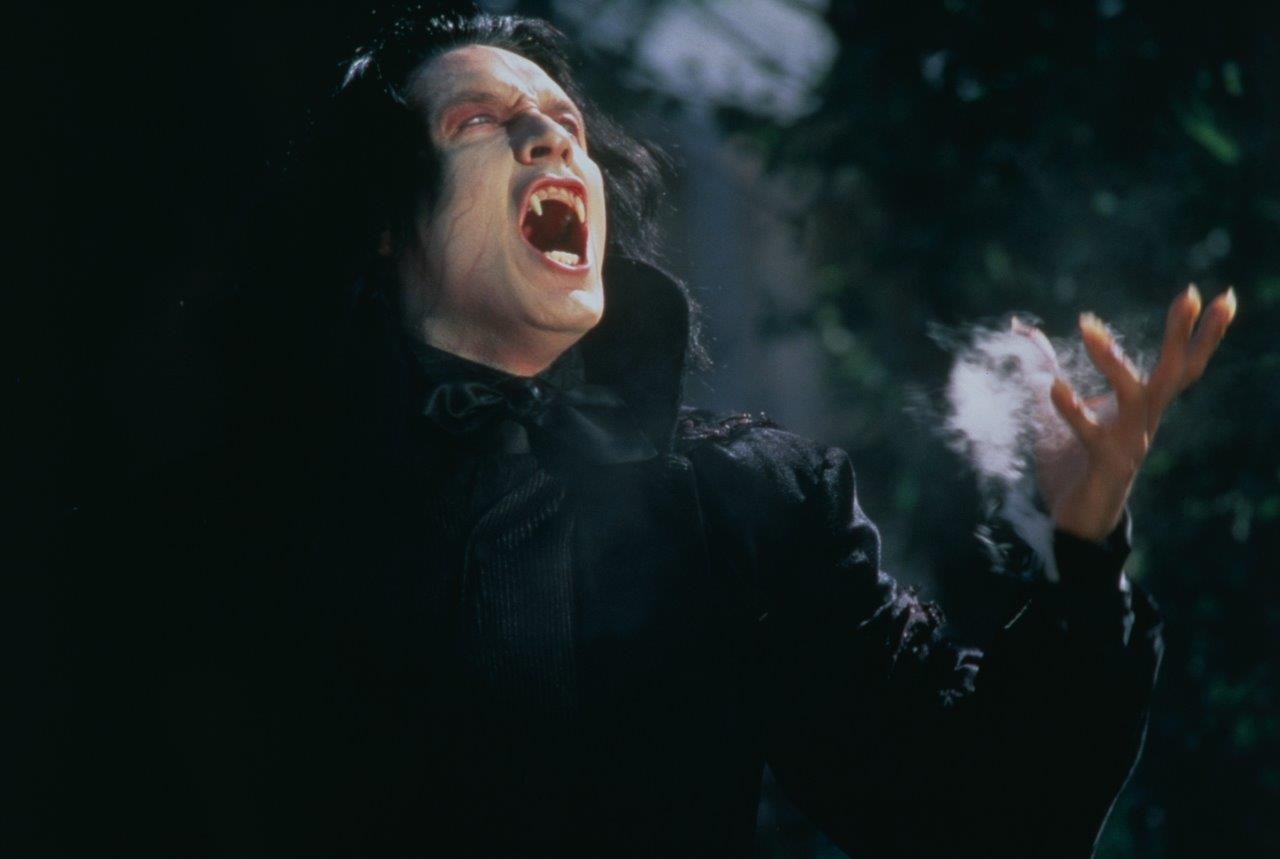 A cult classic from the 80s on the 15th, Fright Night. Everything is normal about Charley except for one thing: he's pretty sure a vampire has moved into the house next door. But Charley is having a hard time getting anyone to believe him. Even Peter Vincent (Roddy McDowall), the former horror-film star to whom Charley turns for help, sees his assignment as a way to make easy money. Only his suave and sinister neighbour, Jerry Dandrige (Chris Sarandon), takes Charley seriously. And Jerry's out to make sure Charley stops telling stories. Permanently! The Horror Master delivers his take on the genre on the 16th, John Carpenter's Vampires. James Woods is Jack Crow, leader of a team of vampire hunters hired by the Vatican. After wiping out a vampire nest in rural New Mexico, "Team Crow" is savagely ambushed by the unholy Valek (Thomas Ian Griffith), a vicious 600-year-old vampire. Valek is nearing the end of a long search for the elusive Berziers Cross, the ritual implement that can give him and all vampires' omnipotent power to walk in the daylight. Crow pursues Valek through the high deserts, culminating in a fateful and final confrontation. 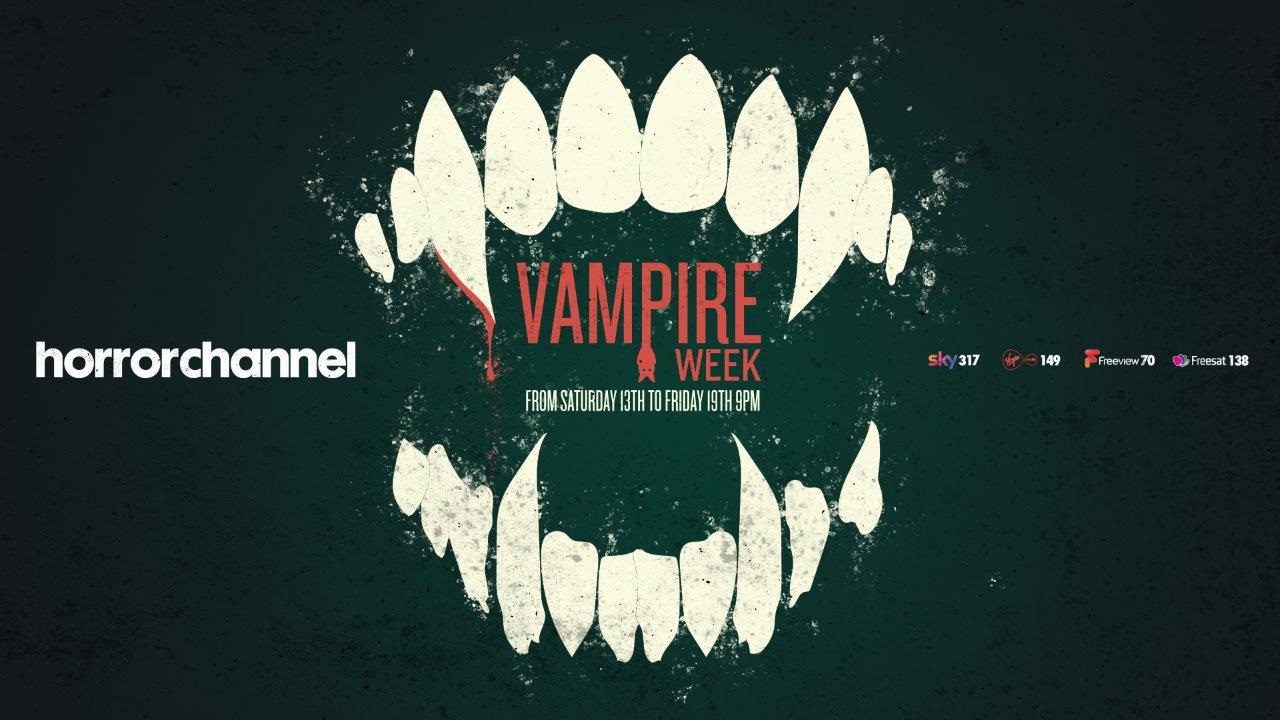 Based on a popular comic book series, Priest on the 17th stars Paul Bettany as a warrior priest who disobeys church law by teaming with a young sheriff (Cam Gigandet) and a priestess (Maggie Q) to track down a band of renegade vampires who have kidnapped his niece. If its comedy/horror you're after then Eat Locals on the 18th is the movie for you. In a quiet countryside farmhouse, Britain's vampires gather together for their once-every-fifty-years meeting. Others will be joining them too, including a detachment of Special Forces vampire killers who have bitten off more than they can chew. This is certainly going to be a night to remember... and for some of them it will be their last. With Anette Crosbie, Freema Agyeman, Charlie Cox, Mackenzie Crook, Eve Myles, and Vincent Regan

Vampire Week ends on the 19th with a gothic masterpiece, Bram Stoker's Dracula. Count Dracula (Gary Oldman) is condemned to live off the blood of the living for eternity. Young lawyer Jonathan Harker (Keanu Reeves) is sent to Dracula's castle to finalise a land deal, but when the Count sees a photo of Harker's fiancee, Mina (Wynona Ryder), the spitting image of his dead wife, he imprisons him and sets off for London to track her down.