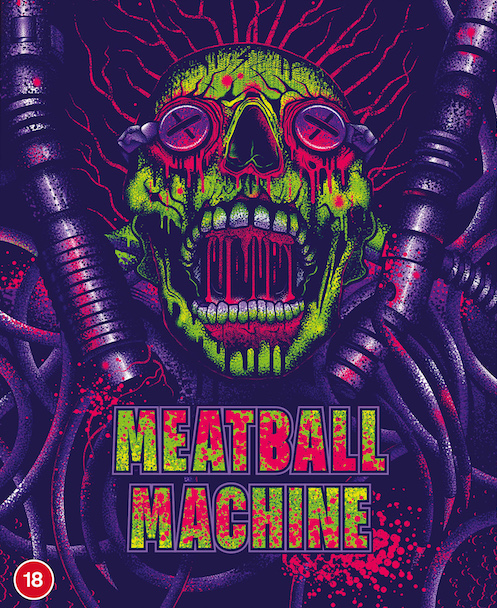 Aliens are invading the Earth and inserting themselves into humans, turning them into slave cyborgs, hosts for the parasitic alien life forms. When Sachiko is infected and transformed, it's up to her lover Yoji, who himself is already half-infected, to save her with his new-found mutated state and deadly weapons growing out from his body.

Joey Leung, Terracotta Distribution owner, is excited to share the new Blu-Ray with Meatball Machine fans, saying: "We put a lot of love into this release, as we love Japanese-splatter films, commissioning the new artwork and have subtitled a previously un-subbed directors commentary too. It's a release that fans would love for their blu ray collection."