The Mystery Men are back, this time in HD!
By James Whittington, Monday 27th April 2020 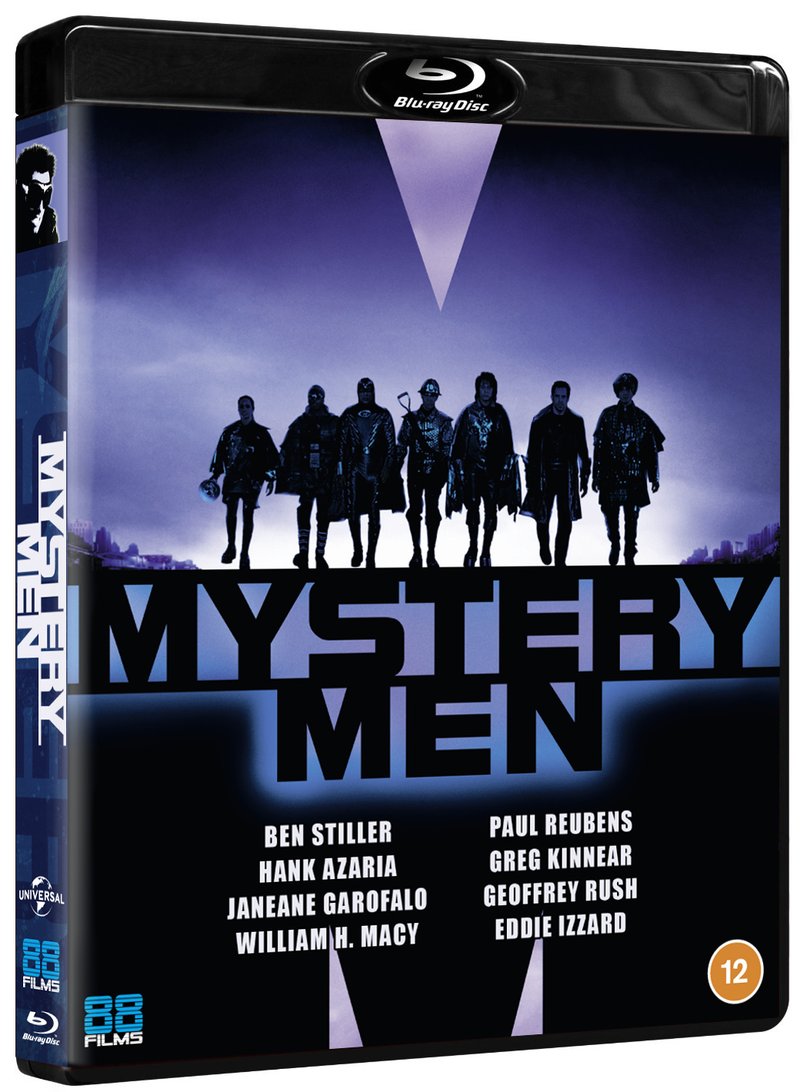 Very loosely based on characters first seen in the cult series of Flaming Carrot Comics, the strongest comedic cast in history united to become the strangest superhero team ever in Mystery Men. This outlandish and acclaimed classic is getting the HD treatment thanks to 88 Films and being released on May 15th.

When Captain Amazing (Greg Kinnear) falls into the hands of evil madman Casanova Frankenstein (Geoffrey Rush) and his disco-dancing henchmen, there's suddenly a chance for the aspiring superheroes to show what they can do in this hilariously funny and thoroughly original misadventure.