A doll faced killer and killer natives for all at FrightFest tonight
By James Whittington, Saturday 29th August 2020 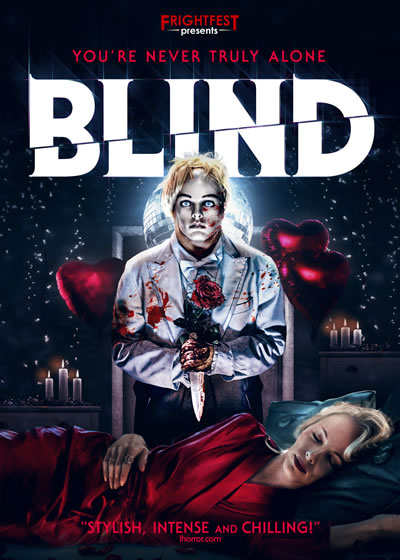 Day three of FrightFest has brought a lot to the attention of horror fans. Apart from the aforementioned "First Blood" movies and The Horror Crowd documentary, the day also contained Marcel Walz's psychological chiller, Blind. Playing like a 21st century Giallo picture, this movie is all about an actress who, on the cusp of stardom loses her sight in an accident. A mute man named Luke, her personal trainer has a crush on her but none of them are aware that someone known as "Pretty Boy" is living in her basement! Surreal, a bit made with nods to previous FrigthFest movies such as Crystal Eyes, this is a slow excursion into obsession from the director of the Blood Feat remake from 2016 so you know what to expect.

If you like anthology movies with a social conscience, then Dark Place is the movie for you. The movie includes a quintet of indigenous tales that use largely indigenous casts, which approach post-colonial Aboriginal Australian history through the though-provoking lenses of historical parallels, horror, gore and fantasy. This compendium of stories really does hit the mark with brisk running times and some really cool effects. The important message the film contains is never lost and although some of the situations are pretty wild it keeps itself just on the right side of fun.