Booth's Blog: Fear That Will Chill You To The Bone!
By James Whittington, Tuesday 11th October 2016 Our darkest phobias come to life this weekend on Horror with two film premieres that delve into our childhood fears and test the boundaries of both our sanity and our will to survive... Enter the stage both vertigo and claudrophobia! So lie down on Booth's couch, take a deep breath, and just let it all out - we'll get to the bottom of this together.

First up let's tackle that ever pervasive, if somewhat irrational, fear of heights otherwise known as vertigo. Adam Green's insanely tense Frozen is a film that positively relishes in exploiting our fears of being trapped in the dark, in this case fifty feet above terra firma, with the cold about to wrap her icy claws around us in a freezing cold death grip. A film with a deliciously simple premise, it really is all about tension and suspension here as a group of skiers makes the catastrophic decision to head up a closed mountain for one last ride down, only to get stranded on the ski lift half way up, with a storm on its way and the lights in the ski resort going out one by one. Can they literally risk life or limb to make it back down, or will they inevitably freeze to death? This is efficient, intense directing with great characters that you really believe. You'll be rooting for them so much, that just like them, you will be on the edge of your seat waiting to see how their lives will pan out! Described as "Open Water on a ski lift", this film deals with those same issues of being stranded and abandoned, while adding vertigo to the mix, and leading to an outcome you're never quite sure of (unlike the true story of Open Water, where you already know the grim ending of the unfortunate divers).

Grab a duvet and snuggle in for Adam Greens brilliant Frozen, a network premiere on Friday 14th at 9pm.

Don't get up from the chaise lounge, though - we're not done just yet! Your fear of creepy clowns, remember?! Well we've got that covered too with a UK TV premiere that promises to bash you over the head with your own claudrophobia till you basically get over it. That's therapy for you. Quite simply titled Clown, Eli Roth produces this surprisingly nasty killer clown horror that harks back to those more irreverent horrors of the 80's. Bang on trend with the current American phenomenon of pranksters dressing up as demented clowns and freaking people out in the streets, this is another example of the power of claudrophobia... When a children's clown entertainer fails to show up to his son's party, a concerned and devoted father finds a clown costume and decides to take centre stage himself. There's just one problem; once you put this costume on, you can't ever take it off! Our protagonist starts to literally fuse with the costume, his body and mind transforming into a clown-like monster who has only one use for those cute little kiddies (which we won't divulge)

Interestingly, the strange sightings of clowns across America have now spread to the UK, with people intentionally dressing up and getting into character to frighten people. But why are we afraid of clowns? Recent research has proved there is a neurological reason why clowns incite such fear in us, and Freud summed it up as representing a fear of something that is both familiar and disturbingly unfamiliar to us... I think they represent madness, and are like a child gone wrong; a child in an adult's body who has taken things to their extreme with oversized feet, eyes, and mouth. Their behaviour is unpredictable, irrational, and downright weird, so it's no wonder we fear them! You can be on trend with the current clown obsession taking over the streets today and catch this demented horror produced by (and featuring a cheeky cameo from) Eli Roth. 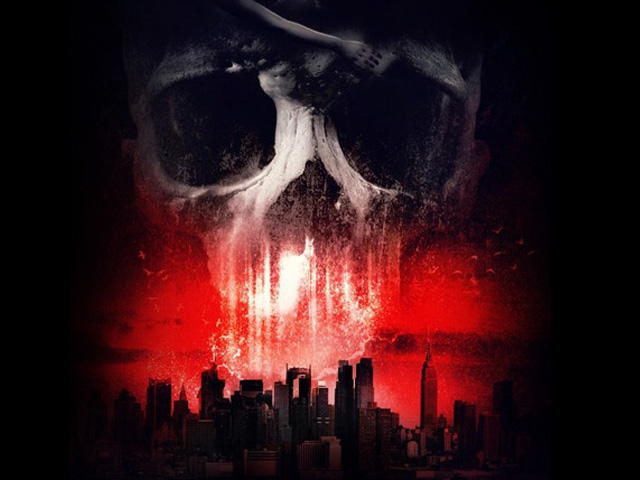