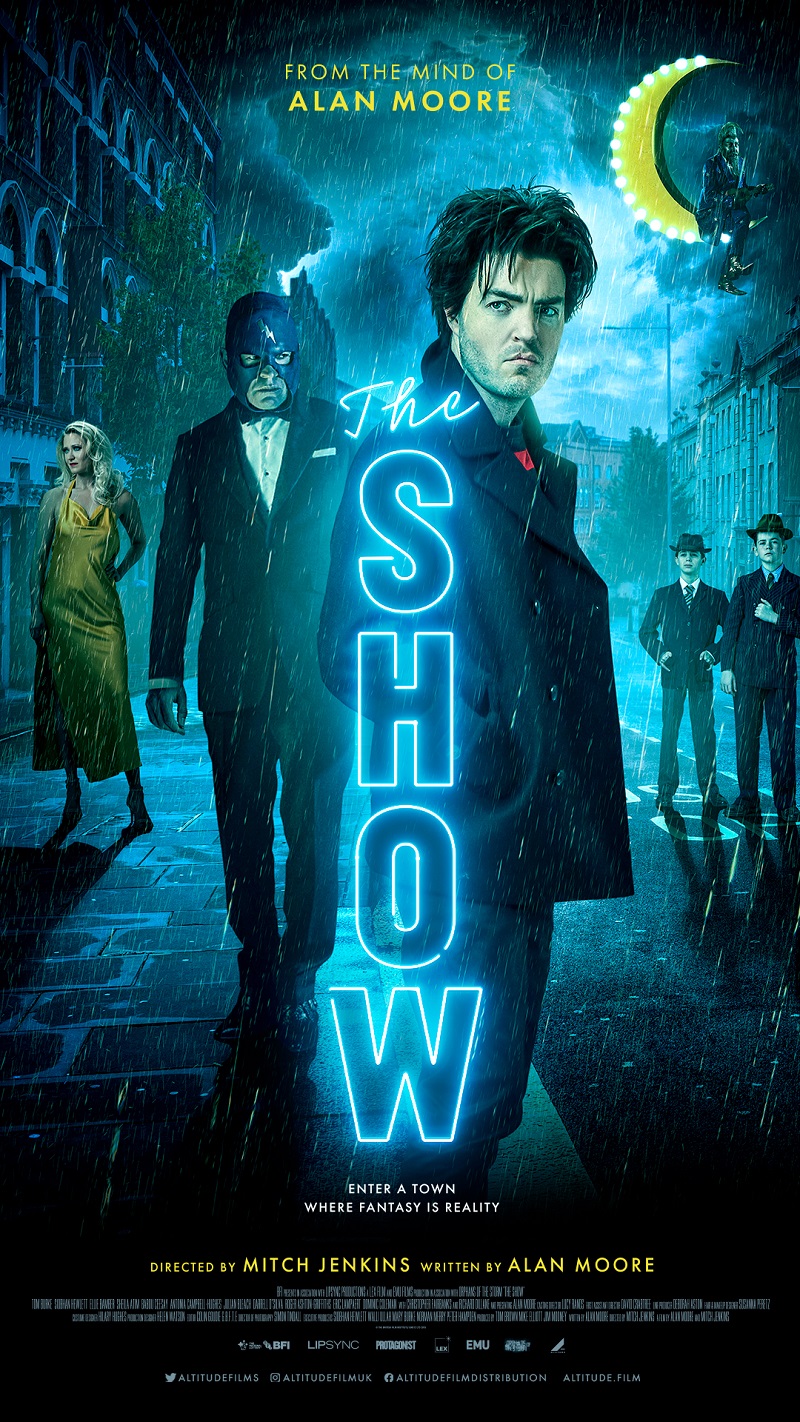 2021's "Best of the Fest" celebration starts today at 6pm. Over the next 5 days and across the Horror Channel, Arrow Video Screens and Discover Screens, Team FrightFest are giving us a sublime selection of top-notch genre movies from across the globe.

The day kicks off with The Show, where a man of many talents discovers that dreams and reality merge in the strangely haunted town of Northampton, a place as dangerous as he is. From the mind of Alan Moore and directed by Mitch Jenkins, this is the perfect way to launch the event.

Also showing on the Arrow Video Screen is Crabs! from writer and director Pierce Berolzheimer. Mutated by nuclear runoff a horde of murderous horseshoe crabs descend on a sleepy California town causing Prom Night terror. As the deadly crustaceans claw their way through the disbelieving population, it's up to a ramshackle band of students and police to address the increasingly ginormous crab menace. This is way over-the-top stuff which is far more then just a love letter to the classic creature features of the 50s. It has heart, a very talented cast and a sense of humour running through it which keeps you interested in the bizarre situation. A superb debut from Berolzheimer.

Over on the Horror Channel Screen there are two very different pieces. First up is Craig David Wallace's gripping thriller, Motherly. Kate and her daughter Beth have moved into an isolated farmhouse where Kate hopes this new beginning will shield her withdrawn daughter from their horrible past - her husband Brad was convicted of murdering a young girl. Then a mysterious couple invades their home demanding to know the truth about the killing. In exchange, the vengeful duo guarantees Beth's safety. Chilling and superbly paced, this is an edge-of-your seat movie with a stunning performance from Tessa Kozma who plays the daughter.

If you've ever wanted to go behind the scenes of low budget cinema then Paul Hunt and Julie Kauffman's excellent documentary The Brilliant Terror is a must. The way the duo really get under the skin of this Grassroots movement of filmmaking is natural and compelling. Focusing on the small-town creative Mike Lombardo as he shoots and re-shoots his movie The Stall, it charts the dedication of these creatives who balance everyday life with their love of movies. If you've ever wanted to make any type of movie then watch this first.