He'll see right through you! The Man with the X-Ray Eyes coming to Blu-ray
By James Whittington, Wednesday 15th April 2020 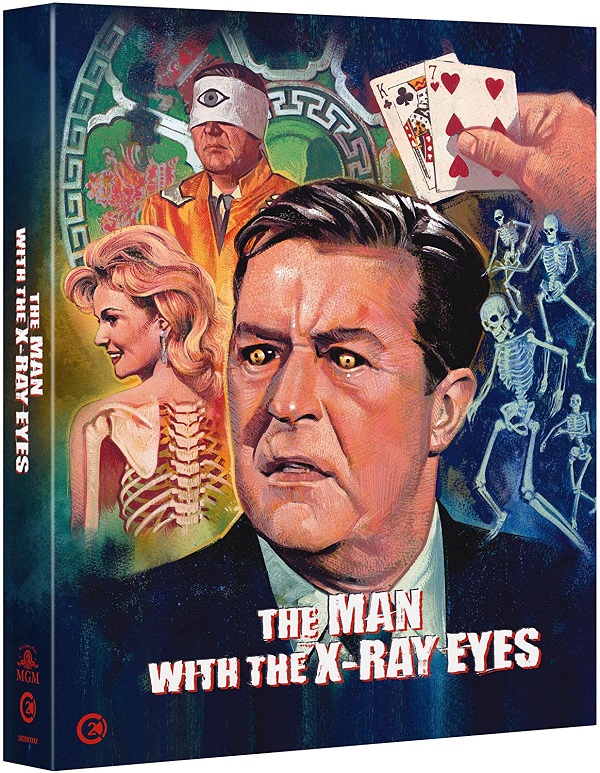 Get ready for a visual treat as Second Sight announces the first ever UK Blu-ray release of Roger Corman's seminal horror sci-fi classic The Man with the X-Ray Eyes on May 4th.

This 1960s cult favourite will be a sight to behold with a newly restored Limited Edition Box Set release, featuring stacks of brand new special features, including a new interview with director Roger Corman (The Little Shop of Horrors), commentaries and much more, please see details in full below. The set arrives on 4 May 2020 complete with new artwork, designed by Graham Humphreys, a reversible poster and a soft cover book with writing by Jon Towlson and Allan Bryce.

Obsessed with expanding the powers of human sight, renowned scientist Dr James Xavier (Ray Milland), aims to develop a formula that will allow the user to see beyond the visible spectrum. Despite warnings from his friend Dr. Brandt (Harold J. Stone - Spartacus) and business associate Diane Fairfax (Diana Van Der Vlis - The Swimmer), he experiments on himself and finally perfects a serum that gives him the power to see through solid objects.

But his ambitions turn to obsession. No longer able to control the effects, his vision extends beyond the realms of human comprehension until he finally sees more than he can bear. There's no hiding from The Man With the X-Ray Eyes, he'll see right through you.

THE WOMAN IN BLACK
Friday 14th August
9.00 PM
NEWS LATEST Shatner Vs The Devil! Who wouldn't want to see that? Revisit James Cameron's first movie on Blu-ray in August An all-star cast for an all-time sleazy shocker! Dracula on red wax! Will you hear the Echoes of Fear? Texas Chain Saw Massacre meets Shaun of the Dead in Two Heads Creek! Grimmfest unveils first tranche of titles for its 2020 event NOW & NEXT