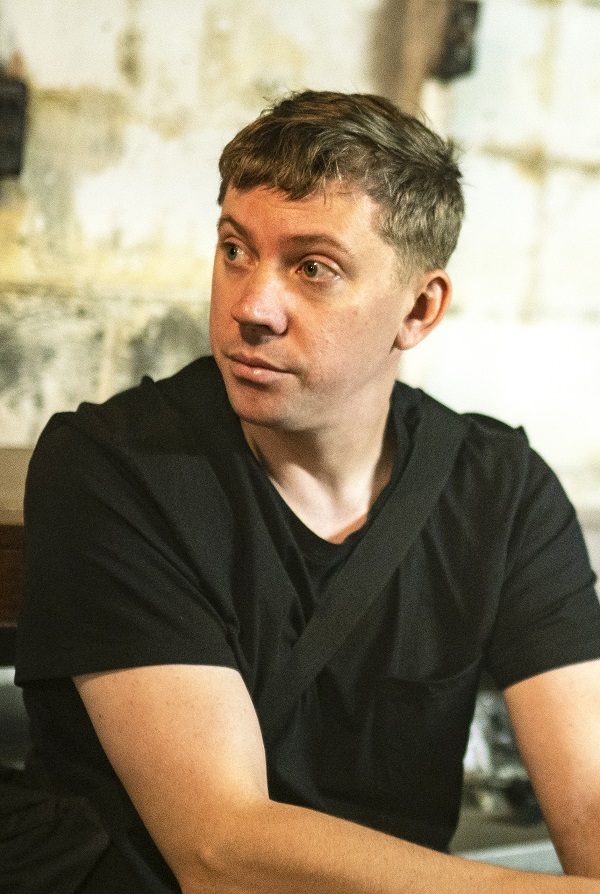 If you like your horror to have a "Twilight Zone" style twist then The Oak Room is for you. Showing today at Grimmfest we chatted to its director, Cody Calahan.

HC: We show your movie, Let Her Out on the Horror Channel here in the UK, what was the best thing you remember from making that movie?

CC: Experimenting. I definitely played more on that film than any other film I've done. Whether it was with the camera movement or editing, everything seemed very experimental. That was very refreshing.

HC: What did you think of the script for The Oak Room when you first read it?

CC: When it was sent to me originally it was a stage play. It instantly gripped me and I could see what it would look like as a film. We didn't change the script that much from its original structure and we basically just tweaked what was there to elevate it from stage to screen. The aspect that excited me most was the challenges of the unique storytelling in the film. It's very different from anything I've done previously.

HC: Would you agree it has a Twin Peaks/Twilight Zone feel to it?

CC: Definitely. Since the story is broken up the way it is, some of the vignettes feel like they could almost live on their own.

HC: Its completely dialogue driven, with some very powerful performances, did the cast have long to rehearse?

CC: Not that long and we never held traditional rehearsals. We mostly talked about who the character was and their backstory of why and how they came to be where they are at any particular moment. Since there were a lot of dialogue driven scenes, we shot it in a way that would allow us to capture as much of those moments as possible. Sometimes letting the camera roll for 15 minutes or more and just let the actors really get into the scenes and live with the dialogue.

HC: What was the atmosphere like on set as it has some very dark moments?

CC: There was definitely a weight in the air. When we were rolling it was very serious but between takes, we'd joke a little to keep the tone as light as we could with such heavy content.

HC: You've given us a new phrase, "Goosed it up", is that something the writer created?

CC: It was. It was one of those lines you read and it makes total sense but, then you try and think of where you've heard that term before and realise it's not actually a saying... just good writing.

CC: That's a tough one (Laughs). I might need to think about that one...

HC: Will you be nervous when it has its UK virtual premiere at Grimmfest?

CC: I'm always a little nervous even when I'm confident with a project. It's tough making art that's instantly judged and reviewed. You just hope the material connects with audiences as much as it did with yourself while we were making it. That's all I can hope for.

CC: I just finished another film called Vicious Fun, a horror-comedy starring David Koechner (Anchorman, The Office). We went right into production after finishing post production on The Oak Room so, that was intense but, another great experience. It's hitting festivals later this year and into 2021.