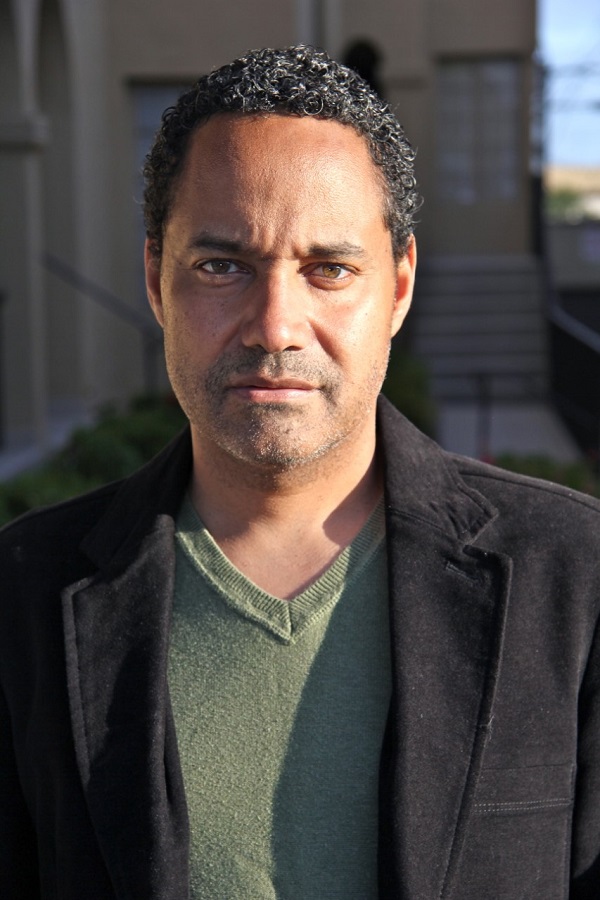 Jeffrey Reddick, creator of the Final Destination franchise is back, and this time he's behind the camera with Don't Look Back. This superb chiller is packed with atmosphere and tension and goes to show that he's just as talented directing as he is writing. Here he chats about this movie and his career to date.

JR: Absolutely. I started watching horror films when I was 13. And when watched the original "A Nightmare on Elm Street," I fell in love with the genre.

HC: Was there one movie or person which inspired you to become a writer?

JR: I always loved writing. Growing up I was fascinated by Greek and Roman mythology. And when I got into novels, Stephen King and Clive Barker had the biggest impact on my writing.

HC: After the huge success of Final Destination was the pressure on to come up with the next "big thing"?

HC: Let's talk about Don't Look Now, where did the idea come from and did it take long to write?

JR: The idea of people not helping someone in need was always something that stuck with me after reading the story about Kitty Genovese, a young woman who was assaulted in the apartment complex in the 60's. The story at the time was that dozens of people saw and heard the attack and didn't help. It came out recently that was a sensationalized urban legend. But that story always haunted me. So, I was always interested in how I would react in a situation like. That's where the idea started. But instead of just going the horror route, I wanted to create more of a mystery, so you weren't sure if there was something supernatural coming after the witnesses, or a real killer. As for the script, it took me about 3 months to write.

HC: Where did you find Kourtney Bell? She's sensational as the lead character, Caitlin.

JR: She was submitted through her agent. But I actually googled her before the audition and saw a website she created with clips of her work. And she just had every element I saw in Caitlin. So, I was really thrilled to find her. She's an amazing person and a great actress.

HC: Was the footage seen at the start actual news footage?

JR: Sadly, it was. I didn't want to show any footage where someone actually died. But I was shocked at how many videos there are out there of people being hurt and no one helping.

HC: This is your first time as director, were you nervous on the first day of shooting?

JR: I definitely was. I directed a short prior to this but stepping on a large set on my first day was intimidating. But I did my best to hide it and I knew I had a great cast and crew supporting me.

HC: Was there a time during the shoot that you thought you'd taken on too much?

JR: No. I knew we were shooting a pretty ambitious project on an indie budget, but we managed to handle everything that was thrown at us. I think the lack of sleep got me more than anything. I think I averaged 4 hours a night for a month.

HC: The film relies on tension and music to build up the atmosphere, was this a deliberate attempt to get away from elaborate set-pieces?

JR: Since the key mystery of the film was "is this a killer, supernatural force, or all in Catlin (our lead's) head" I couldn't really stage any set pieces and show people getting killed like I would in a traditional horror movie. I know fans going in for the blood and gore might be disappointed. But I definitely tried to create an atmosphere of tension. And the music was a key part of that.

HC: Who trained the birds?

JR: Tracy A. Oliver trained the crows and JJ Engel and Jeff Nix worked with them on set. They also trained the mice for a scene we in the movies. It's fun to use actual animals instead of trying to CGI them in later. But no matter how well they're trained, they're animals and they can be stubborn... just like people.

HC: Do you believe in Karma?

JR: I do. I'm a member of the Baha'i Faith, and while karma isn't a technical spiritual belief of ours, I do believe that as people, the energy that we put out in the world has repercussions. So, I believe if we do harmful things, it will come back on us eventually.

JR: Right now, I'm working on two animated series for Netflix, which is a lot of fun. One is a spin-off the popular Japanese comic book, Usagi Yojimbo. So, going from horror to young animation has been nice. Just to stretch some different creative muscles. But I'm a horror fan at heart, so I'm writing and producing some more projects. And I definitely hope to get back behind the camera in the near future.

JR: My pleasure. I hope you and all your readers stay safe.