If you like your horror movies to have a strong paranormal theme to them you'll need to look out for The Hollow Child when it gets released later this year. It stars the incredibly talented Jessica McLeod so we decided to have a chat about this and her career to date.

HC: Was there a certain person you saw who inspired you to become an actor?

JM: I don't think I had seen a movie by the time I had wanted to be an actor. But Reese Witherspoon continues to inspire me, although my career has been entirely different from hers at my age.

HC: Can you recall what it was like to be on a movie set for the first time?

JM: I believe I got to wear a princess dress, roll around in mud, and play on monkey bars all day. So, it was cool I think.

HC: How did you become involved with The Hollow Child?

JM: I auditioned, like usual. I was the first person they saw, so it's funny that I ended up getting it.

JM: I thought it was really interesting. This was my first 'first credit' role, so that was already amazing as a prospect, so reading the script and seeing that it was actually a fully rounded female character was a pleasant surprise. I don't know how the writer (Ben Rollo) wrote a teenage girl so convincingly, seeing as he's a man. But I thank him daily.

HC: How do you prepare to play such a complicated character as Samantha?

JM: I had a binder with a bunch of post-it notes mapping out relationship arcs. I really went to town. But the most important work is putting yourself into the role, which was scary at first, but I eventually wrapped my head around it.

HC: You've a number of key scenes with Hannah Cheramy who plays Olivia, she seems to be someone with a bright acting career, would you agree?

JM: I've said since I met Hannah that she is an incredible young woman and anyone is lucky to have the opportunity to work with her. She's a dream, always committed, always ready to tackle whatever she has to do.

HC: The film is incredibly intense at times, what was the atmosphere like on set?

JM: Very chill. I made a lot of friends. Horror movie sets are always the best bonding experiences!

JM: I think the scene where Hannah and I have to fight with scissors. They were blunted, but still sort of sharp, and wrestling around with a child and a sharp object in your hand is scary.

JM: You know, I wasn't, but since being in so many, I have discovered a love for them. I think it's because I know now what happens behind the scenes to create the atmosphere you see on screen, so it's not quite as scary to me anymore. Which is good, because before that they were far too scary. It's balanced itself out.

HC: You've achieved so much in such a short space of time, what plans do you have for the future?

JM: I'm just seeing where things go. I used to have quite a few ideas about what my career would look like, but I've been wrong so far on every account. It's been a great ride, and I can't wait to continue to do what I love. 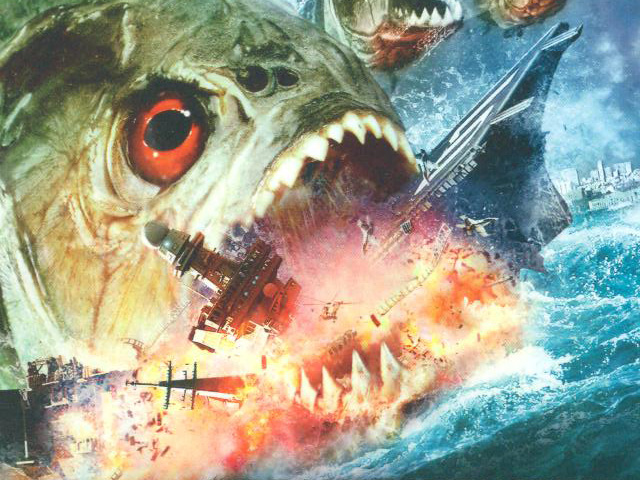