We met working on a no budget British indie film in 2006 (I think) both working for free. Danielle was a camera trainee, I was the costume stylist. It was like going through a war together, it cemented our friendship and Danille moved in with me shortly after. Alien was an important film to us but we hadn't seen it for years. It was only when we started making the doc did we start to truly appreciate the genius of Alien.

HC: This is your first time as directors, how nervous were you putting this together?

I was fearless as someone with no experience and a lot of confidence would be. It was Danielle who had to find the camera and recording equipment for free. Teach me how to sound record and operate the camera and capture all the footage. She did an amazing job considering the pressure and limitations. The real nerves came later when we were confronted with the task of organising and editing the footage. Then it got really nerve racking when we did the kickstarter to complete it. It has all been worth it.

HC: How did you first hear of "Alien on Stage"?

Our friend Andy Button introduced us to the Paranoid Dramatic blog page . He's seen their poster when he was visiting his girlfriend in Dorset. We all became obsessed watching their rehearsal footage. Curiosity got the better of us and we had to drive from London to Wimborne to see it.

HC: What was the group's reaction when you first contacted them?

Me and a friend Joe Auckland went to see it first. There were only a few people in the audience. They couldn't believe we had driven from London. The next week I came back with Danielle and 10 more friends in a minibus! They were amazed and very very excited that we loved them so much.

HC: The group's enthusiasm is infectious, and their creativity wasn't restricted by budget. What impressed you the most about them?

That everyone in the community was involved across the generations and that they all brought their unique skills to the production. Because it wasn't one person's homogenised vision it just became this totally unique unrepeatable hybrid of style and delivery. It's magical.

HC: Was there much footage left out?

Loads! Maybe some good DVD extras to be created. There's a whole story about how they came to terms with it being received as a comedy, which is wonderful in itself.

HC: Do you think this will lead to other amateur dramatic groups to try out more adventurous productions?

Surely. it's so inspiring.

HC: This is charming piece, packed with plenty of character and heart, you must be proud of it?

Very proud, we put a great deal of care and love in all the details, it's a true labor of love.

HC: Have either of you tried amateur dramatics?

Both us love a bit of theatre and performing. We were both drawn to it growing up.

HC: How will you feel when it's shown at FrightFest, nervous at all?

Relieved, excited and confident people will love it.

HC: You have been included in the First Blood strand which is being sponsored by Horror Channel, how does that feel?

Brilliant and also a little unusual. We like being the odd one in the selection. We're definitely the least horrific film so we love that we've been considered and included.

Promoting the film is our main concern at the moment. We're both excited to see what comes next.

HC: Lucy Harvey and Danielle Kummer, thank you very much. 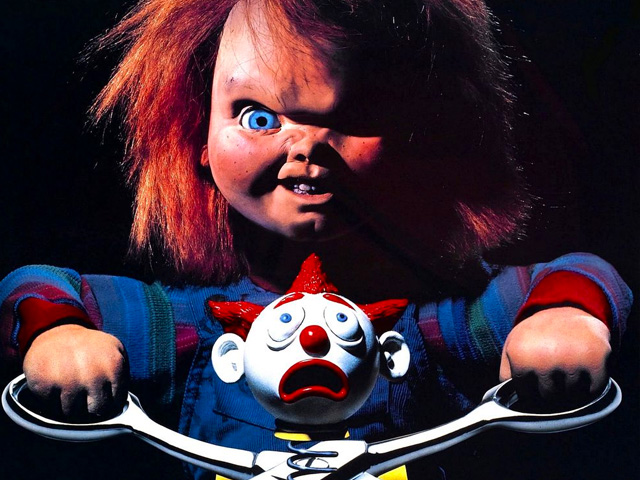