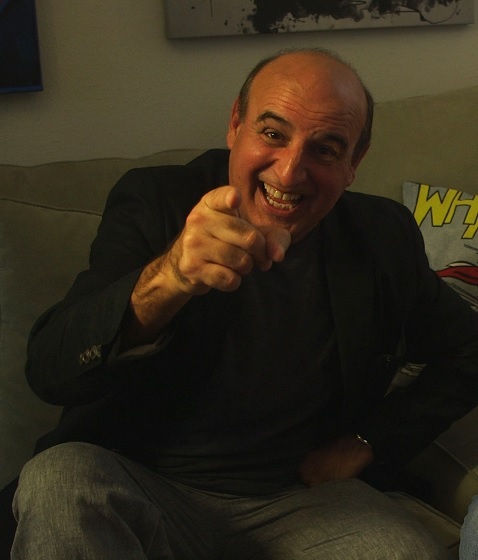 FrigthFest, whether it be a digital edition or the physical event is all about one thing, sharing the love for the horror genre, sharing stories about the first movie you saw, the worst movie you saw and ideas you have to create your own horror movie. It also gives you the chance to chat to the people behind the movies being shown, how they became horror fans and how their ideas made it to the big screen.

So, it seems fitting that the day before FrightFest 2020 is to chat to the man who has made a documentary about these creatives and their love for horror. Ruben Pla's The Horror Crowd is a touching celebration of horror movie filmmakers asking what inspires them whilst covering topics at the heart of their creative minds.

HC: This is a rather personal piece, a raw and honest look at the horror movie industry, was that your intention from the start?

RP: My intention was to shed a light on the dark side of the horror community, to show people that "most" of the horror filmmakers have regular, everyday lives with families and friends.

HC: The horror genre is like no other entertainment genre with a global fanbase, which movie drew you in?

RP: Although I've watched horror movies my whole life, starting with the Universal Classics, the one that drew me into The Horror Crowd was James Wan's Insidious. That's how I started travelling in those horror circles and meeting all those filmmakers.

HC: Horror movies can be multi-layered, sometimes using fantastical plots to get a social message across, do you think this is its greatest asset?

HC: The interviews you conduct get some very honest replies, did one person or response surprise you the most?

RP: So many surprising answers, but I'd have to say when director Mike Mendez told me he had watched the original "The Hills Have Eyes" at age 3. That was unbelievable. As he says, "...that probably f***ed me." 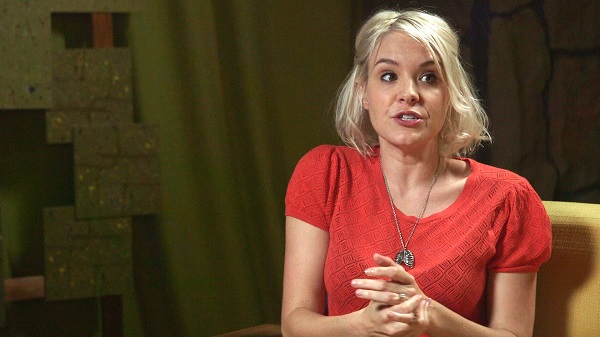 HC: Horror seems to be a training ground for writers/directors/actors etc, do you think people still get pigeonholed to one genre?

RP: Sure. As Brea Grant herself says, she was brought in to meet a director for a horror movie who asked her if she was being pigeonholed by acting in too many horror movies.

HC: Who was your favourite person to interview and was there someone you tried to get but wasn't able to?

RP: There was no one favourite, they all had such different experiences and takes on their horror lives that I found them all so fascinating. And pretty much everyone I wanted to get lined up to tell their story.

HC: Do you think the big studios are now learning from the independents about what fans want from a horror picture?

RP: Oh, I think they're learning but that doesn't necessarily mean they will act on it. They'll still do what they think will be the most profitable, whether it be big-name stars, big special effects, or big redundant sequels. That's what big studios do.

HC: What is the most you've learned from making this documentary about "The Horror Crowd"?

RP: That the people in The Horror Crowd are "just like you...mostly."

RP: Yes, I would call it "The Horror Crowd 2: Electric Bugaloo" and get a big studio to produce it. No, seriously though, I have thought about a possible follow-up and this time I would just focus on either one or two of the Crowd. 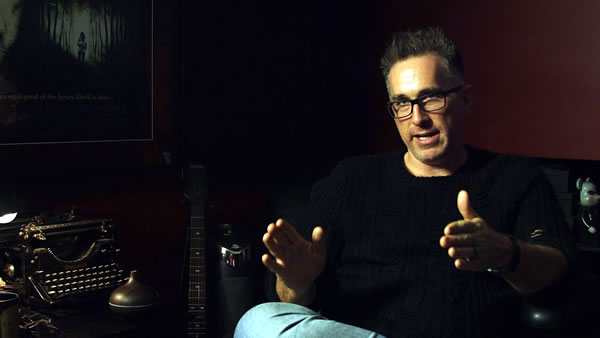 RP: Oh my God, there's so many. I'd have to go with the one highlighted in the film, "What's the LICENSE PLATE NUMBER...?" (No Spoilers)

HC: You're a man of many talents, do you have one role that you have in the industry you enjoy the most?

RP: Well, I've been an actor for most of my life, which I've loved, and now I'm branching into directing and writing. I have to say, I do have a passion for all three...and I really enjoy editing too. Editing "The Horror Crowd" was a true joy. So much footage to get down to 90 minutes was daunting but very rewarding.

HC: How would you sell the "horror genre" to people who don't like the genre?

RP: If the story is good, then the horror is secondary...so don't let it scare you away.

RP: Besides promoting "The Horror Crowd! all day long and getting it into festivals?! LOL! Actually, I just finished shooting a horror short during the Quarantine. I didn't want to just sit at home and not create something, so I took advantage of the situation and made the most of it. I'm about to start editing that and then getting it out there. Things haven't opened up in Los Angeles and New York yet, but as soon as they do, I'll be out there taking projects on.

RP: My pleasure, James. Thank you.

The Horror Crowd is playing on the Arrow Screen at FrightFest Digital Edition on Saturday 29th August at 3pm.