Its FrightFest... but not as we know it (but still as awesome)
By James Whittington, Thursday 27th August 2020 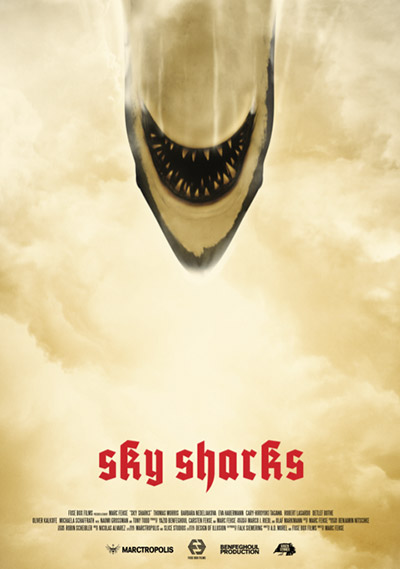 The time has finally arrived, Arrow Video FrightFest 2020 Digital Edition is here and although we're not all together in body we are all linked in spirit.

The whole event is kicking off at 7pm with something really special, The Evolution of Horror Frightfest Live Pub Quiz. Presented by Mike Muncer (host and producer of the UK's #1 horror movie podcast, The Evolution of Horror) the event will be live streaming and will test the knowledge of even the most well-read horror expert. Everyone is welcome to join in the fun, you can play as a team or as an individual. If you want, you can just watch along with a pen and paper at the ready to jot down your answers! There will be several different rounds including FrightFest-centric questions. To join in go to the The Evolution of Horror YouTube Channel.

The first movie of FrightFest 2020 is at 9.15pm, the world premiere of Marc Fehse's Sky Sharks. A team of geologists discovers a Nazi warship in the Arctic that was believed lost, a gigantic steel colossus from the Third Reich, filled to the brim with unimaginable machines of destruction. Scientists there researched top-secret, war-critical ordnance and created the Reichsflughaie: rocket-powered monsters whose pilots are genetically mutated, supernaturally equipped, undead super-soldiers. Dr. Klaus Richter, the spiritual forefather of this experiment, is forced to stop his deadly army of the undead in order to save humanity and planet Earth from seemingly certain doom. His daughters Angelique and Diabla face the threat that their father unleashed on the world 75 years ago... Complete with cool cameos from some very famous genre stars, Sky Sharks is a movie that FrightFest fans crave and the perfect starter to the event.