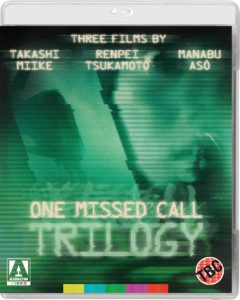 An iconic trilogy of J-horror films comes to Blu-ray for the first time! Tapping into the same brand of terror as the Ring and Grudge movies, visionary director Takashi Miike (Audition, Blade of the Immortal) presents a modern, high-tech twist on that mainstay of Japanese folklore, the yurei or vengeful spirit, in the form of its own iconic antihero - the terrifying Mimiko.

In the first instalment in the trilogy, 2003's One Missed Call, student Yoko (Anna Nagata, Battle Royale) receives a phone message from her future self, ending with her own death scream. Two days later, she dies in a horrific rail collision. As the mysterious phone curse spreads, claiming more young lives, Yoko's friend Yumi (Ko Shibasaki, Battle Royale, 47 Ronin) joins forces with detective Hiroshi (Shinichi Tsutsumi, Space Battleship Yamato), whose sister met the same gruesome fate. But can they unravel the mystery before the clock runs out on the next victim - Yumi herself?

Mimiko's curse continues to wreak bloody havoc in two sequels - 2005's One Missed Call 2 and 2006's One Missed Call: Final, in addition to spawning a TV series and an American remake. This lavish collection from Arrow Video gathers together the original trilogy - with the third instalment making its UK debut - and a swathe of in-depth bonus features for the ultimate spine-tingling experience.

One Missed Call Trilogy is available to buy now thanks to Arrow Films.

For the first time in physical form the score to The Sun Makers.
Posted on Sunday 15th March 2020

Eureka Entertainment to release The Thousand Eyes of Dr. Mabuse [Die 1000 Augun des Dr. Mabuse], the final instalment in Fritz Lang's 'Dr. Mabuse' trilogy, on Blu-ray for the first time in the UK, as a part of The Masters of Cinema Series from 11 May. The first print run of 2000 copies will be presented with a Limited Edition O-Card Slipcase.

After enjoying fantastic success with Fritz Lang's two-part "Indian Epic" in 1959, German producer Artur Brauner signed the great director to direct one more film. The result would be the picture that, in closing the saga he began nearly forty years earlier, brought Lang's career full-circle, and would come to represent his final c...

Fancy some "Folk Horror"? We've got the book for you!
Posted on Thursday 12th March 2020

From the critically acclaimed author of Hekla's Children comes a dark and haunting tale of an ancient cult wreaking bloody havoc on the modern world...

Struggling with the effects of early-onset dementia, Dennie Keeling now leads a quiet life. Her husband is dead, her children are grown, and her best friend, Sarah, was convicted of murdering her abusive husband. After Sarah's tragic death in prison, Dennie has found solace in her allotment, and all she wants is to be left to tend it in peace. Life remains quiet for twelve years, until three strangers take on a nearby plot and Dennie starts to notice unnatural things. Shadowy figures prowl at night; plants flower well before their time....

First up, Demon Records presents a narrated full-cast TV soundtrack of the legendary historical adventure, Doctor Who: The Massacre of Bartholomew's Eve. The Massacre is the lost fourth serial of the third season of Doctor Who, which starred William Hartnell as the First Doctor in BBC series Doctor Who. In this 4-part serial, first shown on BBC TV in February 1966, the TARDIS materialises in Paris in 1572, a time of great danger and re...

Grimmfest and Horror Channel pay tribute to a true icon of horror Sunday 8th March, David Cronenberg which is the second event from this year's Legend's of Horror celebration.

Doors open 12.30pm at the suitably elegant, art-deco surroundings of Stockport Plaza where you can experience on the big screen four of David Cronenberg's best:

1.00pm Rabid 15 Cert
In the wake of the Soska Twins' recent remake, a chance to revisit the stark, bleak original; the film in which Marilyn Chambers truly is insatiable.

3.10pm Videodrome 18 Cert "Long live the new flesh!" Remember the whole "video nasties" hysteria of the 1980s? Fear of what exposure to such things might be do... 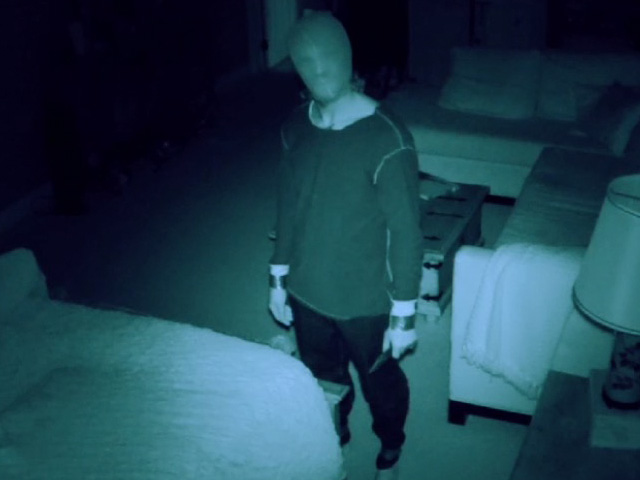