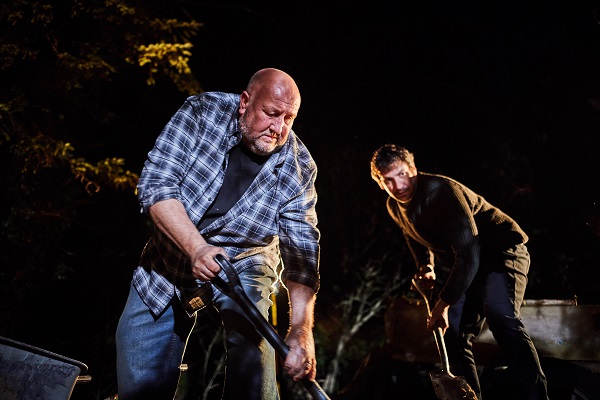 Showing on the Zavvi screen at FrightFest 2020, Concrete Plans is a stunning and brutal psychological chiller that will have you investing more in DIY rather than getting people in!

High in the remote Welsh mountains, five builders are bought together to renovate a sprawling old farmhouse. Housed in mouldy Portacabins, tensions soon simmer amongst the men and between the self-entitled aristocratic homeowner. World-weary old-timer Dave and kindly Foreman Bob try to keep the peace. But his nephew Steve falls under the malign influence of bigot Jim, the pair taking a dislike to Ukranian Viktor. As the weather closes in and payments are late, tempers fray. Blood is spilled. As the blue-collar men are confronted with an increasingly dark spiral of moral choices, Jim makes an astonishing proposition.

With an ensemble cast which includes James Lance, Amber Rose and Steve Speirs, this is a true nerve-shredder of a movie.

Signature Entertainment Presents Concrete Plans is in Cinemas and Digital from 23rd November.