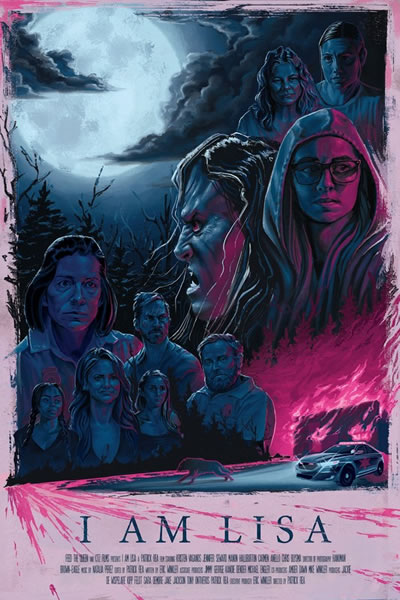 After the brain-bashing Evolution of Horror quiz and the mind-melting bizarreness of Sky Sharks, FrightFest Digital Edition settles down into its second day with a quartet of movies that take well-loved genres and gives them a 21st century makeover.

Over on the Arrow Video Screen are two very different movies, There's No Such Thing As Vampires and 12 Hour Shift. TNSTAV mixes the vampire mythology we all know and love and mixes it up with some good old 80s vibes. 12 Hour Shift, directed by the amazing Brea Grant takes us back to the Y2K crisis but the movie has nothing to du with bugs, more like who to deal with smuggling human organs!

The Horror Channel Screen has the latest movie from Patrick Rea, director of Enclosure which gives the female empowerment message a clever, paranormal twist in I Am Lisa. Alastair Orr, director of Horror Channel favourite From a House on Willow Street delivers a Battle Royale-esque take on the slasher, Triggered which has a gang fighting for their lives during a game of laser tag!

Which ones have you got tickets for?