8.00 AM
MEGA SHARK VS GIANT OCTOPUS


Scientists attempt to rid the oceans of two behemoths by pitting them against each other.

The USS Voyager has become stranded 70,000 light-years from home. Seven hundred years into the future, The Doctor must defend himself, and the memory of the crew of Voyager.

The fourth incarnation of Star Trek following the USS Voyager. A mysterious alien with a knack for languages is able to repair a damaged message from Starfleet...

The USS Voyager has become stranded 70,000 light-years from home. Crew morale hits an all-time low when Voyager must spend two years crossing an expanse devoid of any stars. 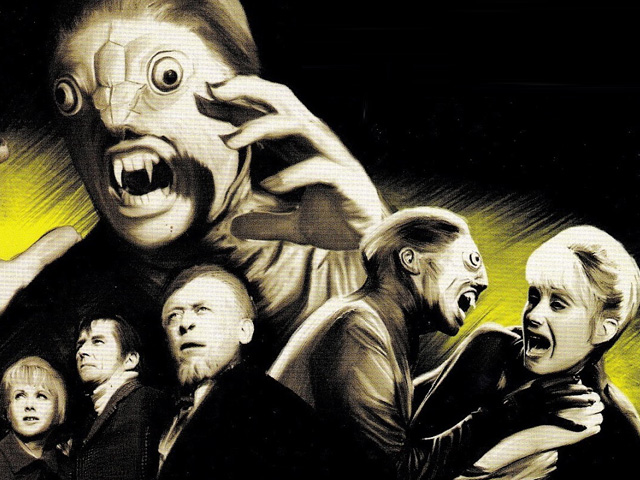 
Slithering scares from Hammer. A couple move to a Cornish village where it becomes apparent that locals are being killed by a snake-like creature and their neighbour harbours a terrible secret.

Horror anthology series produced by George A. Romero. Christine returns to her family home to find her mother cold and distant and a strange little girl getting all of her affection.


Skin-crawling horror. While on her exotic hen night getaway, a bride-to-be is bitten by an unknown insect and soon begins a terrifying transformation.


Cursed chiller with Stephen Lang (Avatar). After acquiring a wish-granting monkey's paw, Jake discovers that his wishes are having dangerous consequences.