Action adventure series from superhero specialists Marvel. One of Shalimar's old flames turns up on a quest to recover a microchip of great power from a Faberge Egg. 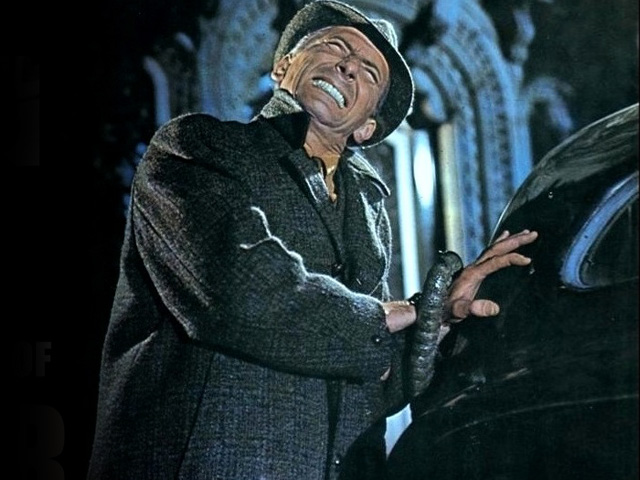 1.00 PM
EARTH VS THE FLYING SAUCERS


Classic sci-fi action adventure. When a spaceship from Mars lands on Earth, the aliens insist they've come in peace - however, a sceptical scientist has his suspicions.

Horror anthology series produced by George A. Romero. Irene and Jim discover that their new radio allows them to tune into their neighbours' house - but does it work both ways?

Victory seems very close for the Gua. Could an extraterrestrial revelation free Jordan and destroy Mabus?


Supersized shark scares with Kill Bill's Michael Madsen. The crew of a military vessel tailing a foreign submarine find themselves battling an enormous creature from the depths of the ocean.

A conniving con man and his three gorgeous accomplices make an impression on the Enterprise, but are they all that they seem?

Having to escape a storm, Hoshi's first time in the transporter leaves her feeling helpless and different as - back on board -- she feels she is gradually vanishing.

Futuristic sci-fi series following the starship Andromeda. A commonwealth scientist approaches Dylan for his assistance after she has become stuck in a time-loop.


Terrifyingly violent thriller starring Luke Evans (Fast Furious 6). A gang of ruthless highway killers kidnap a wealthy couple, but things are not as they appear...


Grizzly seasonal slasher. A businesswoman on her way to spend time with her family over Christmas finds herself locked in a basement parking garage with a violent psychopath.